Please find out all the latest news, trends and upcoming events on the Korean digital government

Mr. Kim, an office worker in his 40s, searched for tourist attractions on the “Every Corner of Korea” of the Korea Tourism Organization to visit with his family on the weekend. As a father of two children, Mr. Kim used the “KorailTalk” app to book KTX tickets to Gyeongju for his four-member family. After arriving in Gyeongju, Mr. Kim rented a car for him and his family using his “Mobile Driver’s License” to verify his driver status, and used “Opinet” to find the cheapest gas station nearby. As he left the gas station, he found a traffic sign on the road in front of the gas station that was about to fall. Instead of ignoring the potential hazard, he reported it via “Safety e-Report”. Later, he took his family to the Donggung Palace and the Wolji Pond (formerly known as Anapji Pond). He entered and admired the beautiful pond from the Silla period without paying admission by proving his “person of national merit” status using a “digital certificate” that he had issued online at “Government24”.  Upon returning from the trip, Mr. Kim found out that he can apply for COVID-19 relief, which he had been postponing for quite a while, without visiting the community service center. He was able to apply for relief online using “Subsidy24”. Mr. Kim also received an notification for the upcoming automobile inspection period from “GoodPy, the Virtual Assistant Service for Citizens”. Thanks to the notification, he was able to book an inspection in time, which he had almost forgotten, before the end date. “Phew, I got so close to paying a fine for that.” And he thought what a convenient world he is living in, informing him about the right benefits that he needs just in time. 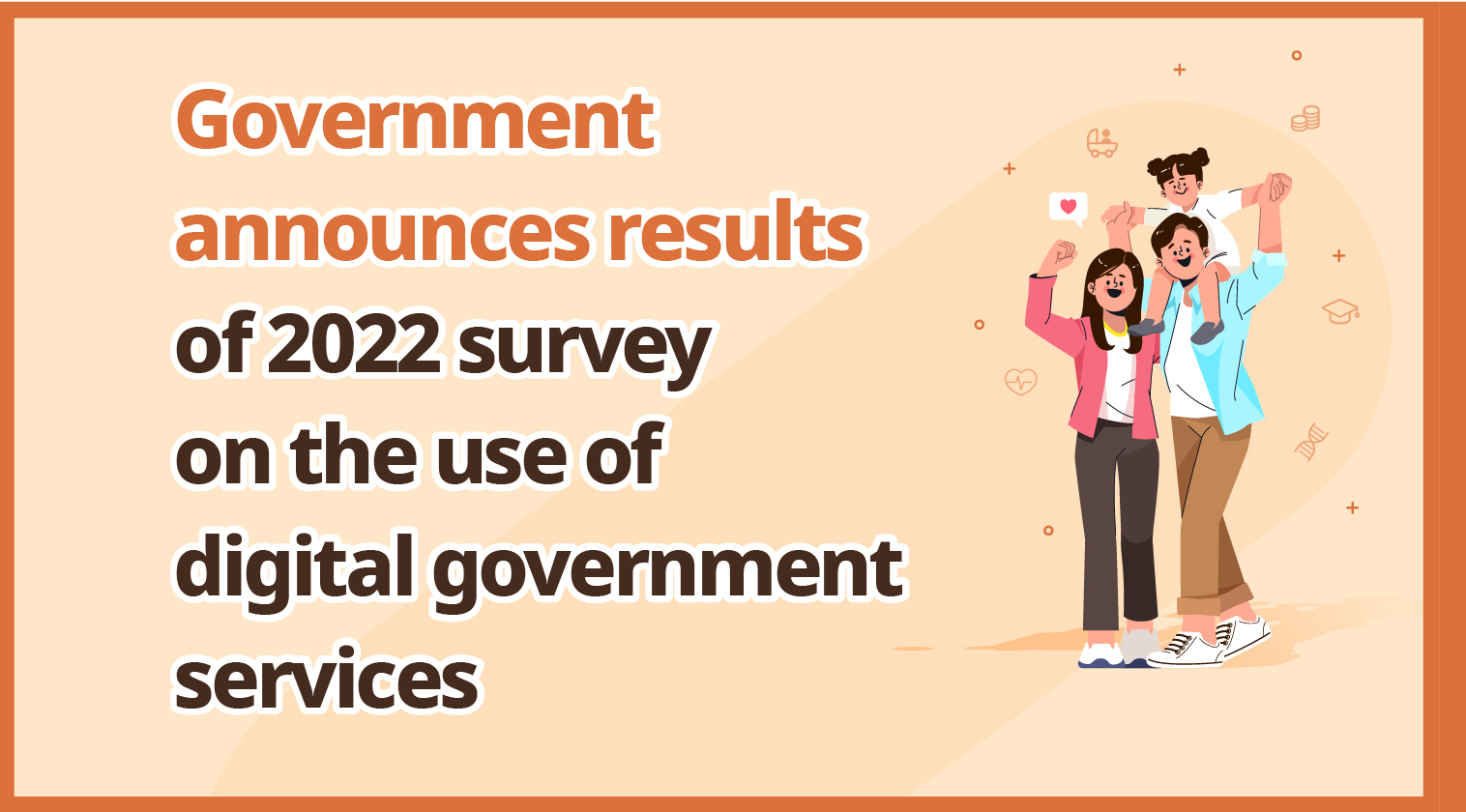 In this section, you will find the ministry’s published documents and reports sharing Korea’s experience
and issues in the development of digital government.

What is
Digital Platform
Government

Acceleration of the
government’s digital
transformation with
cloud computing

Releasing
open data based
on demand

MyData in
the Public Sector

DGCC is a platform created by Korea and partner countries to promote digital government together.