In 2021, nine out of ten Koreans used digital government services, and they mainly used them through mobile apps on smartphones. The mobile apps for digital government services most widely used by the public were, in order of usage, HomeTax (86.6%), Government24 (74.8%), and Road Name Address (57.1%), followed by COOV (COvid OVercome, 55.6%), newly launched as the government’s digital vaccination certificate service.

The public awareness, usage rate, and satisfaction rate for Korea’s digital government services in 2021 were found to be 96.5%, 89.5%, and 97.8%, respectively, and promptness (speedy process) and usefulness (access to necessary information or service) were pointed out as biggest reasons for satisfaction. The slight decline (down 0.3%p) in the satisfaction rate compared to 2020 is likely to be because of the inconvenience caused by the connection delay problem in the early stage of the COVID-19 vaccination online booking service. 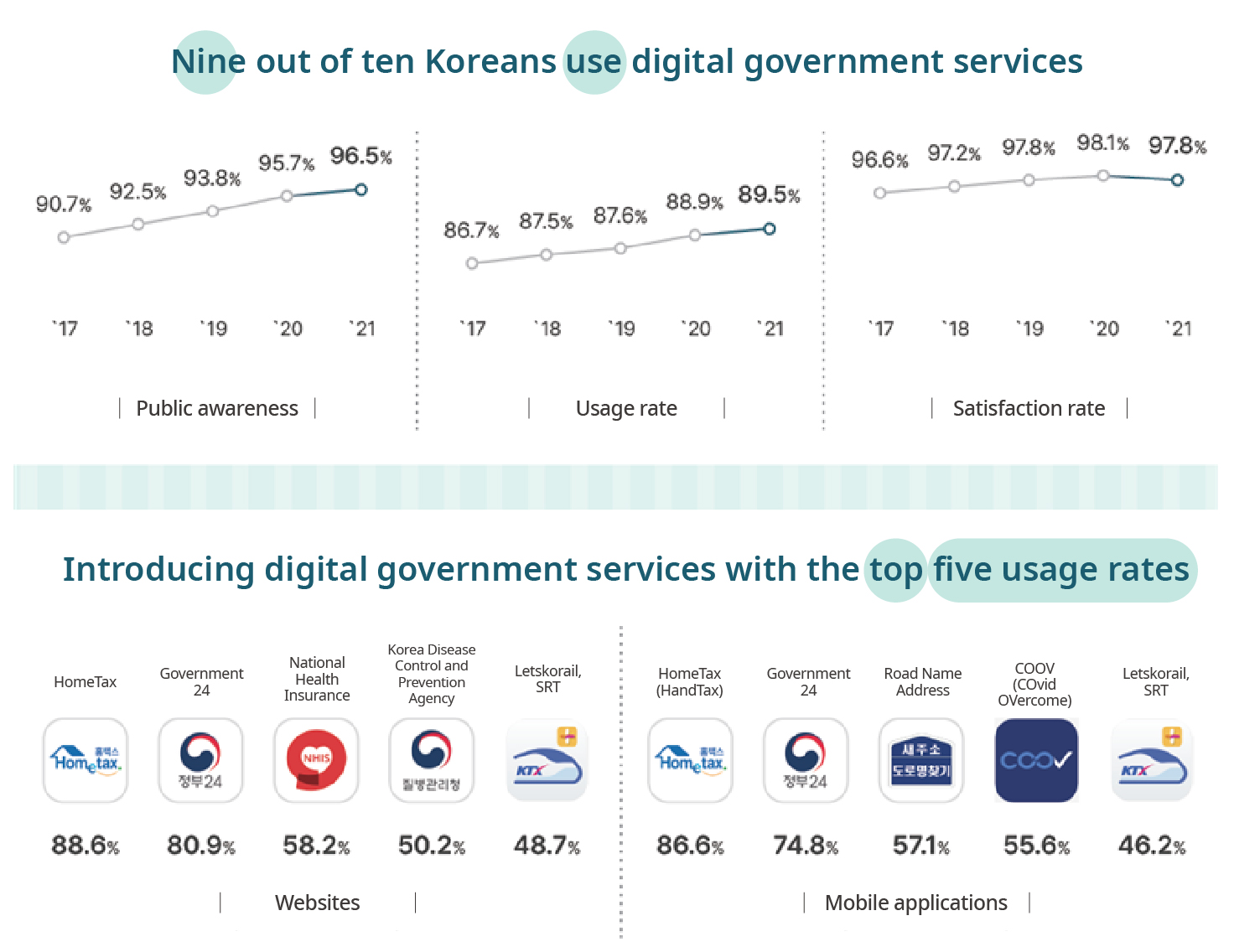 The public awareness and usage rate of those in their 60s or older, who are digitally vulnerable, rose five percentage point year-on-year due to the changes in the non-contact environment such as the COVID-19 vaccination online booking. Both the users and nonusers of digital government services mentioned that the most effective way to increase the usage of digital government services was simplification of identity verification/ authentication, indicating that inconvenience due to the complicated authentication process still remains.

Moreover, a survey on National Digital Certificate Service launched in February, Virtual Assistant Service for the Public (GoodPy) launched in March, and Subside 24 launched in April, which all started services in 2021, was also conducted. Seven out of ten Koreans answered that they have heard of or knew about these services, and the public awareness (77.6%), usage rate (44.2%), and willingness for future use (63.3%) for GoodPy were relatively high across all ages. Providing preemptive and accurate information on urgent government policies such as the COVID-19 vaccination and the national relief packages seems to have affected the public awareness for GoodPy.